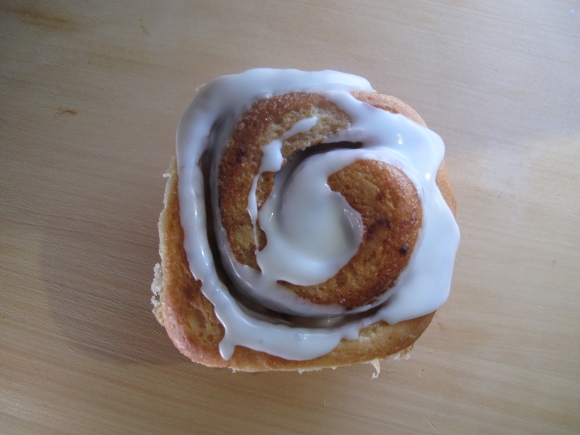 The Art of Vegan Cinnamon Buns

I was great at making cookies. I mix and bake those with my eyes closed. Cakes, well, 9 out of 10 times, I made the perfect cake. But, anything with dough; pie, bread, pizza, cinnamon buns, I was not going to even attempt.

Last year, I was forced to make the Ultimate Vegan Cinnamon Bun. Well not forced. I actually opened my big mouth and told someone, “I can make these wonderful Cinnamon Rolls.”

It took me two tries. Just two and the Cinnamon V Buns were created to marvel all tastes buds. 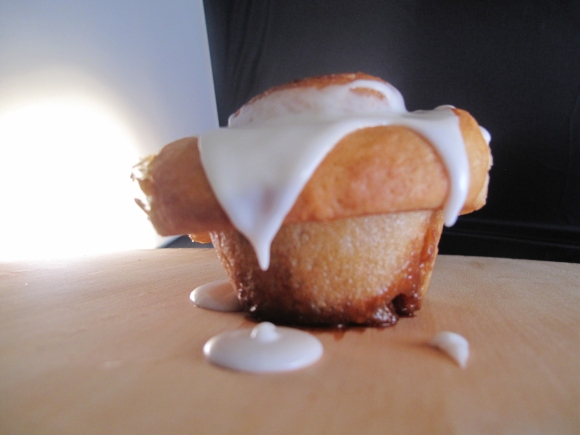 Now, I sell these Cinnamon V Buns at a local restaurant under the business name Brown Sugar Baking Company.

In Spring 2013, we will be launching our online store and in Spring of 2014 look for our Vegan baking cook book.

Until then I will post photos, a few recipes and lots of tips throughout the year.

Did you know that you can freeze your cinnamon buns?

Just use any standard cinnamon roll recipe. Mix, roll and fill, shape, and freeze. Just seal the shaped rolls in a plastic bag and pop in the freezer. I like to freeze mine right in the pan.  The night before I need to bake them, I take them out of the freezer to thaw and rise. Bake according to the suggested time and temperature. As they are cooling, glaze.